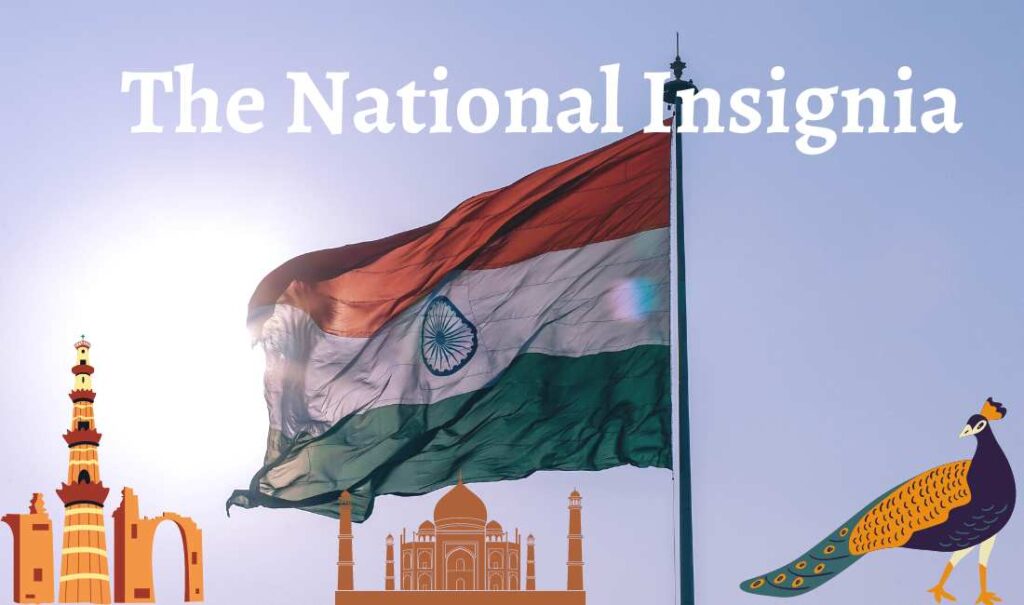 Every nation has certain rules and regulations and similarly, it has some symbols too which are a representation of its identity. National Symbols and identities are a representation that presents itself as a united national community to the whole world. They create verbal, visual, and iconic symbolism which gives the citizens a feeling of being united. The national symbols promote patriotism and are designed to represent all the people of a national community.

National symbols promote the oneness of the nation. People tend to have different identities and they feel connected when they share some common interests. Similarly, national symbols join the people of a particular nation together and strengthen their allegiance. They represent the values, show what they pride themselves in, and show what is essential to a particular country. They also teach a lot about the history and culture of a particular country. Whenever a nation is going through tough times, these national symbols keep them motivated and give them a feeling that they are all in it together and are fighting towards a common goal. They can harmonize their efforts and can do great things together.

A national flag is a flag that represents a nation and is flown by the citizens and the government of that nation on occasions of national importance. The Indian national flag represents the hopes and aspirations of the people. It is the symbol of our national pride.

The National Flag of India is a horizontal rectangular tricolor of saffron(Kesari), white, and green. The topmost saffron represents courage and sacrifice, the white at the middle represents peace and truth, and the green at the bottom represents faith and chivalry, with the Ashoka Chakra of the Sarnath Lion, a 24-spoke wheel, in navy blue at its center. The ratio of the flag’s width to its height is 3:2. The flag is made up of khadi, a hand-spun cloth or silk as laid out by the Bureau of Indian Standards. It was designed by Pingali Venkayya, an Indian freedom fighter and a staunch follower of Mahatma Gandhi.

The design was adopted by the Constituent Assembly on 22 July 1947 proposed by Pt. Jawaharlal Nehru.

A national motto is a short phrase or word used to represent the motivation or intent of the nation. The nation’s assembly ought to follow its state motto in all orders.

The Indian National motto is Satyamev Jayate meaning ‘Truth alone triumphs’. It is a part of a mantra from the Hindu scripture Mundaka Upanishad, an ancient Sanskrit Vedic text. It was adopted as the national motto on 26 January 1950.

The national emblem is a national shield/crest which represents the image and dignity of the country’s political power. It is used by the union government, many state governments, and government agencies. The State Emblem of India is an adaptation of the Lion Capital of Ashoka’s empire. It was adopted as the national emblem on 26 January 1950, the day when India became a republic.

The actual Sarnath capital consists of four lions, standing back to back, symbolizing power, confidence, pride, and courage, mounted on an abacus with a frieze carrying sculpture in high relief of an Elephant of the East, the Lion of the North, the Horse of the West and the Bull of the South, separated by intervening wheels(chakras) over a bell-shaped lotus.

In the emblem adopted by the Republic of India, only three lions are visible whereas the fourth lion is hidden from the view. The wheel appears in relief in the center of the abacus with a bull on the right and a horse on the left, omitting the bell-shaped lotus. The national motto, Satyamev Jayate is inscribed below the abacus in the Devanagari script.

The national emblem being the official letterhead of the Government of India appears on all Indian currency, Indian passports, and the Ashoka Chakra on its bottom features in the center of the national flag of India.

The National song of India, Vande Mataram was composed by Bankimchandra Chatterjee. It is a poem written in Bengali with some Sanskrit words, which he included in his novel Anandamath. The title “Vande Mataram” means “I praise to the motherland, Mother”. It is 52 seconds long.

The song was adopted as the National Song of India on 24 January 1959 by the Constituent Assembly of India.

The National Anthem of India, Jana Gana Mana was composed by Nobel laureate Rabindranath Tagore. It was selected as the national anthem by Subhas Chandra Bose. The Indian National Anthem is representative of the unity in diversity that exists in the country.

It was officially recognized as the Indian National Anthem on 24 January 1950. It is played and sung on every national occasion. Every citizen must stand and pay respect to the anthem. In addition, the government of India has made it compulsory for cinema halls across the country to play the national anthem before every movie screening.

The National Pledge is a promise and an oath to the Republic of India, commonly recited by Indians in unison at public events, school assemblies, and National days like Republic Day and Independence Day Celebrations.

India is my country and all Indians are my brothers and sisters. I love my country and I am proud of its rich and varied heritage. I shall always strive to be worthy of it. I shall give my parents, teachers, and all elders respect and treat everyone with courtesy. To my country and my people, I pledge my devotion. In their well-being and prosperity alone lies my happiness.

The pledge was composed by Pydimarri Venkata Subba Rao.

The Indian Peacock, Pavo cristatus, is known as the Indian peafowl. A peacock is a symbol of grace and beauty and due to its widespread presence across the country, it has earned the title of the national bird of India in 1963.

The male peacock is colorful with a glistening blue breast and neck and a spectacular bronze-green tail. The female one is brownish and slightly smaller than the male and lacks a tail. The male outshines the female in dance which is an identity of peacocks with fanning out the tail and preening the feathers, which is an absolutely gorgeous sight to behold.

The Lotus (Nelumbo Nucifera Gaertn) is the national flower of India. It has a very significant position in Indian mythology, known as the flower of the goddess Laxmi, symbolizing wealth, purity, good fate, prosperity, and fertility. It is a sacred flower and occupies a unique position in Indian art and mythology.

The Indian Banyan Tree, Ficus Bengalensis is a representation of eternal life because of its ever-expanding branches and deep roots symbolizing the country’s unity. The banyan tree gives shelter to many different animals and birds which represents India and its diversified sections. Due to its wide-spreading property, expanding trunk, and longevity, this tree is considered immortal and is an integral part of the Indian myths and legends. It also has immense medicinal properties. The banyan tree still holds an important place and a focal point in Indian villages as the village council meets under the shade of this tree.

The Ganges is the longest river in India, flowing over 2,510 km, and is revered as the holiest of rivers in India. The Ganga originates from the Gangotri(Himalaya) Glacier as the Bhagirathi and empties into the Bay of Bengal. It had also created the World’s largest Delta- Sundarban Delta in West Bengal. It is revered in Hinduism as the most sacred river. The Ganga river basin is very fertile and provides homage to several villages.

In 2008, Prime Minister Manmohan Singh designated it a national river in order to fulfill the goals of the Ganga Action Plan, which began in 1985.

Mango, Mangifera Indica, described as the “Food of the Gods” is regarded as the National Fruit of India. It is one of the most widely cultivated fruit trees in India with more than 100 varieties ranging in different shapes, sizes, and colors.

The Indian Elephant, Elephas maximus indicus, is declared as the national heritage animal by the ministry of environment in order to protect them and increase the population of Asiatic elephants which are the largest mammal species on land. Around 60% of the total Asiatic elephants’ population resides in India.

The River Dolphin, Platanista gangetica, is an endangered river dolphin found in the Indian subcontinent. It has been put in Schedule 1 of the Wildlife Protection Act, 1972, to protect the species from poaching, degradation of its habitat, pollution and reduced flow of water. Hence, the Ganges river dolphin has been recognised as the National Aquatic Animal by the Government of India.

The Sarawati Veena, an Indian plucked string instrument is regarded as the National Instrument of India. It is named after Goddess Saraswati, prominent in Carnatic Music of South Music.

Indian Rupee, INR, is the official currency of India. The symbol is a combination of both Devanagri letter ‘Ra’ and Roman letter ‘R’ with a stripe cutting at the middle to represent the tricolour. The horizontal parallel lines at the top appear as an illusion to resemble the tricolour. The rupee was officially adopted in 2010 and the first series of coins started circulating on 8 July 2011. The issuance is primarily controlled by the Reserve Bank of India. The Indian rupee symbol is designed by Udaya Kumar Dharmalingam.

Do Read: Important Rivers and Lakes of India | Top 10 most Prestigious Awards and their achievers | Most Famous Awards in the world

Who designed the National Flag of India?

The National Flag of India is designed by Pingali Venkayya, an Indian freedom fighter.

Who designed the Indian Official Currency?

The Indian rupee symbol is designed by Udaya Kumar Dharmalingam.

PrevGovernment Schemes and Initiatives
The Constitution of IndiaNext
About Author